So the Smach Z I stumbled upon at GamesCom (read here) has finally launched it’s Kickstarter. A few weeks later than I was told at their booth but that’s ok. Nobody wants a rushed Kickstarter.

At first glance I find this thing really attractive. But after a second look there was a certain „wtf?“ Moment. Where to start? Let’s go with the obvious: price.

The Smach Z comes in two flavours. „Smach Z“ and „Smach Z Pro“ costing 299 Euro respectivly 499 Euro. That’s a lot of money. This, on it own, is a hard pill to swallow but when you look at the specs of the two Versions, it get’s worse. The lower end model has only 4GB RAM and a very tiny 64GB HDD. That’s hardly enough for the Windows 10 installation (which only will be supported if the campaign reaches 350.000 Euro). The Pro getting LTE Support, 8GB RAM and 128GB HDD is more like it could be working but for 500 Euro you can build a descent PC. 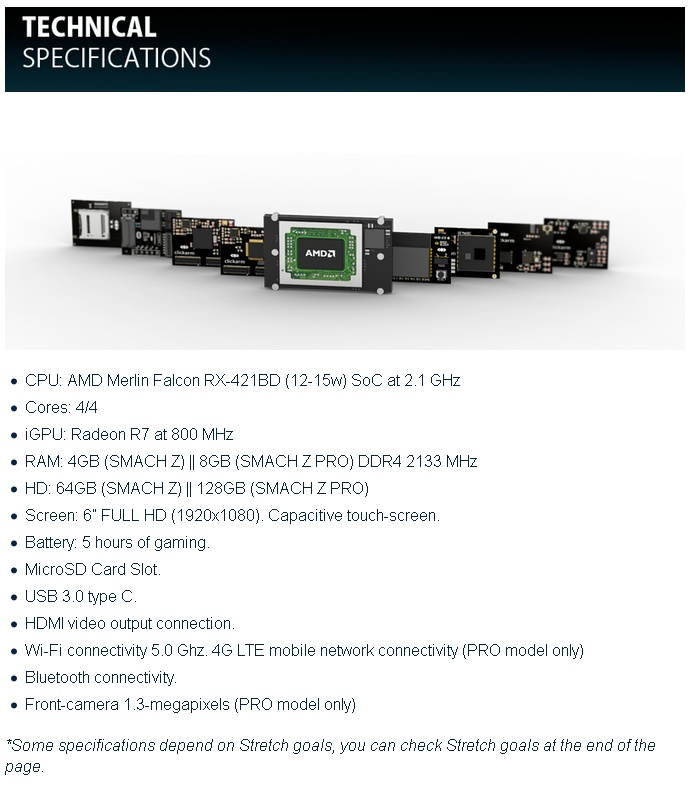 While I mentioned the „Windows 10 support“ stretch goal, here is another one: 1080p display at 300.000 Euro. But how can that be? The specs already proclaim a 6″ fullHD display? I’m guessing the guys and girls at Smach are just so confident that they will hit that mark that they didn’t bother correcting the specs. Same with Windows 10. „When pre-ordering SMACH Z you can choose between Windows 10 or Linux.“ Good luck with that if it stays below 350.000 Euro. 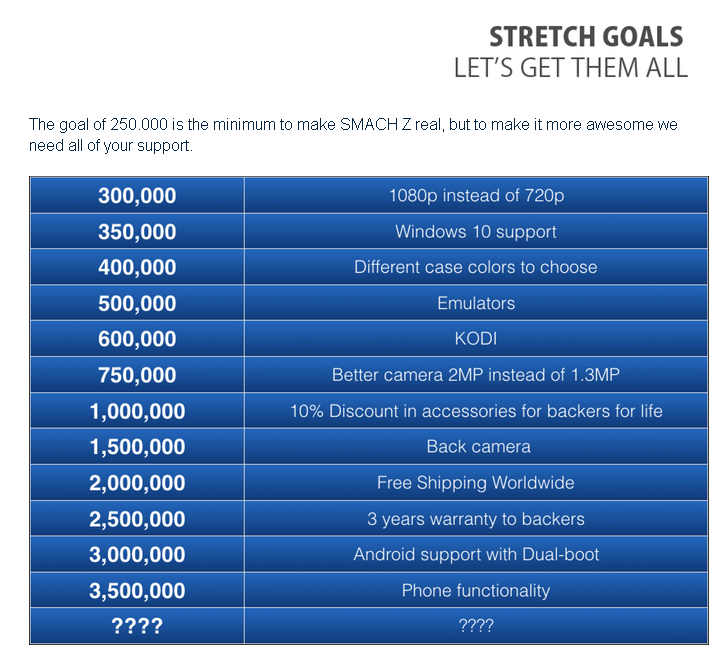 And now the fun part. Imagine the Kickstarter will stay just below 300.000 Euro. You’ll get a 720p display and no official Windows 10 support. No big deal, games will run smoother on 720p won’t they? Sure but looking at some benchmark Smach provided things get kind of ugly. Literally. The benchmarks are made with a setup similar to the PRO version so they can’t be applied to the basic version at all. Be aware of that you will get a much lower performance! And the test setup runs Windows 10. (NOT SUPPORTED YET! Remember the 350.000 Euro stretch goal?) Just look at the list. Most tests are run at 720p and some still drop below 30 FPS. 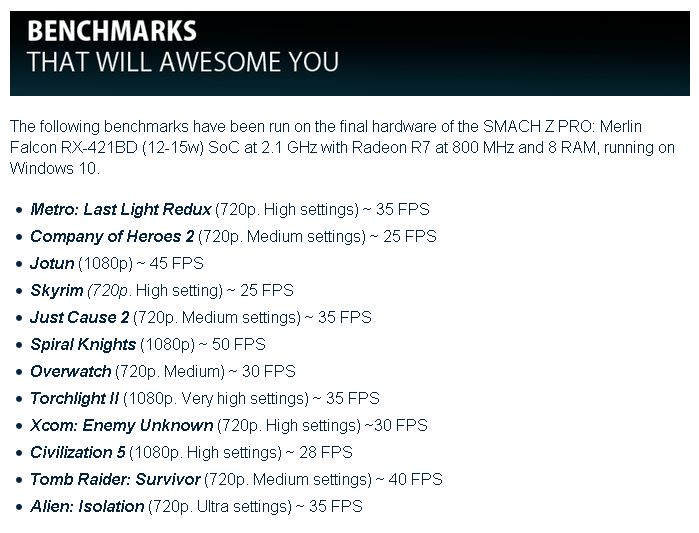 So now what? From a pure technical point this thing is an expensive toy for casual gamers with spare cash who travel a lot. Is it an alternative to 3DS, Vita or a gaming laptop? No. But check the Kickstarter out, read all the text and make up your own opinion. I really think the team behind this wants to deliver. If they wouldn’t they would not have gone such lengths like going to GamesCom and show a (sometimes) working prototype months prior so the start of Kickstarter. Asking the community about screen size and resolution. And they are very open on their development process. Just look at the cooling or the prototyping:

So please go to Kickstarter and spread the word.