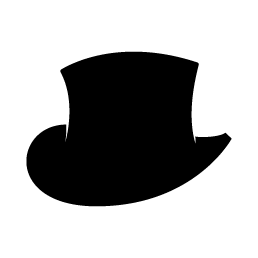 So here I am, having a great time with sigtrapgames’ game Sublevel Zero. I bought it because I saw youtuber TotalBiscuit (aka John Bain) play it and I loved the “descent” vibe it has. And if it wasn’t for TB I wouldn’t have done this. And I watch Johns videos because he feels legit. Real. Honest. True to his word and he can argue well and reasonable. And most of all he can admit when he’s wrong.

A while ago he was diagnosed with bowl cancer but therapy was going well and he thought he was through with it. We all hoped he would.

Well, I don’t know if there is really a right way to tell people this, so I guess here goes. The CT did not come back negative. The cancer in the bowel is gone, but spots have appeared in my liver. They’re not operable and there’s no cure. Average life expectancy is 2-3 years, though there are outliers that live much longer. I’ll be back on chemo in a few weeks, with the goal of pushing it back and keeping it there for as long as possible. I fully intend to be the outlier, the average is this way because most people that get this are old and not strong anymore. Who knows what they’ll come up with in the next decade? I intend to beat it for as long as possible. Gonna need some time to process all of this. I don’t really feel anything right now. Thanks.

Fuck this stupid disease. The average is going up after I’m done with it.

So here I am. Feeling shitty for not being able to help him or his loved ones in any way. Feeling angry for that stupid disease which should not exist in modern times. Feeling scared because it can happen to anybody. My wife, my child and myself. John has family too and for them I am even more afraid of what is to come.

I don’t know John personal or am close to him in any way but his opinions on many (not always gaming related) subjects have become somewhat vital and important to me. And I doubt this little text here will ever reach somebody close to him but I had to get it of my chest.

Cancer is a dick and if I ever where to believe in some form of god/higher being than I would demand to get this crappy disease out of here.

I’m not TotalBiscuit, just a fan, thank you for reading. And I will see you again next time.

Update: worth a read