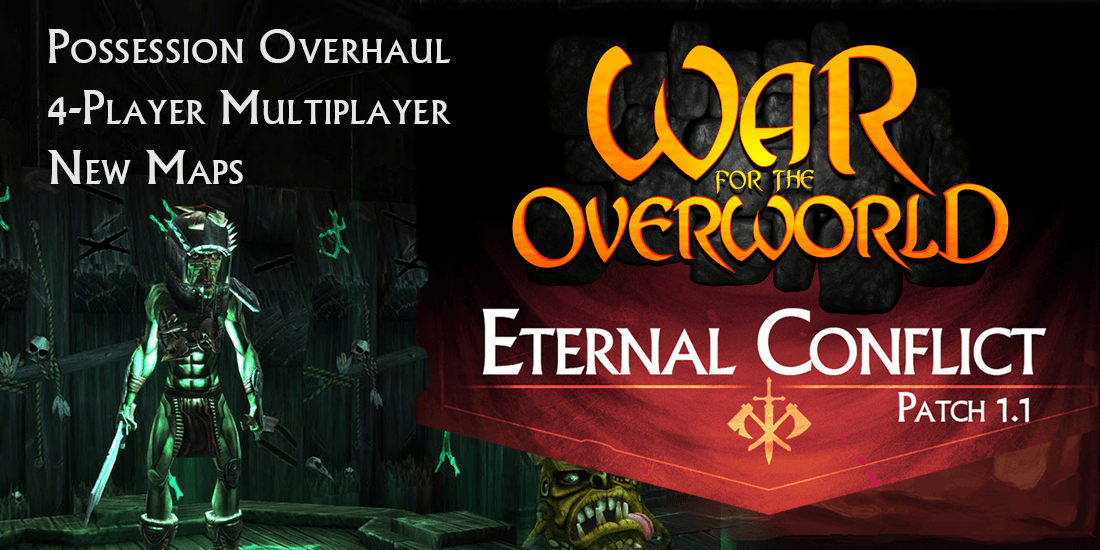 Although we have worked hard to ensure that Patch 1.1 is as free from bugs as we possibly can we are aware of a number of remaining issues, we are working on resolving the following and you should see these fixed over the coming patches! We’re pla

We’ve reintroduced 4-Player Skirmish & Multiplayer maps after significant overhauls to the way that 4-Player Multiplayer is handled which should allow the game to run much more smoothly.

We are in the process of making changes to the unit spawning system so you can expect regular changes to this behaviour over the next few patches. Our goal is to encourage more variety in dungeon builds and strategies afforded by unit spawning by making more unit types more viable.

We’ve added 17 new Skirmish & Multiplayer maps into the mix with this patch and we’re determined to continue adding more in the patches to come. Check out our Imgur Album for an eagle eye view of each new map!

Based on player feedback we’ve implemented a number of changes to possession mode in order to make the experience more enjoyable and interesting.